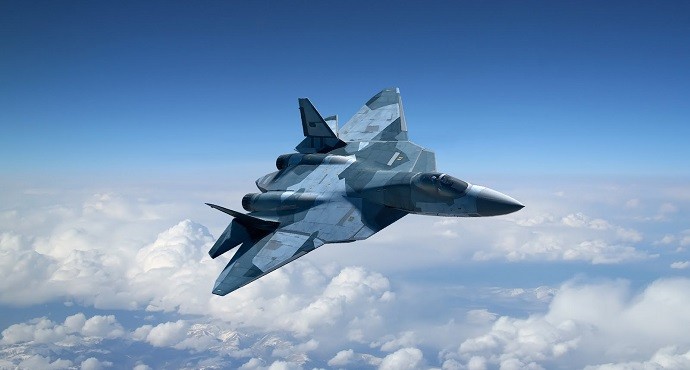 Russia’s new fifth-generation T-50 fighter jet, which is currently undergoing tests before the start of production in 2016, incorporates elements of automation which make it more like a robot than a fighter plane, explains a representative from the Rostech corporation.

The Sukhoi PAK FA fighter jet, also known as T-50, is “already to some degree a flying robot, where the aviator fulfils the function not only of pilot, but is actually one of the constituent parts of the flying apparatus. That is, the reaction of the aviator is a part of the control loop,” Vladimir Mikheev, an advisor to the deputy head of the Radioelectronic Technologies Concern [KRET], said.

According to Mikheev, another innovative featured employed in the T-50 jet fighter is “smart paneling.”

“If we take the wingtip, from one perspective it functions as a wing, but from another it’s also a part of the Himalaya active defense system,” the official is cited by Sputnik news agency.

KRET, which is a unit of state-run Rostech Corporation, has delivered the batch of Himalaya systems for the aircraft in October last year.

“The unique system of active and passive radars and optical rangefinders is integrated into the aircraft body and acts as a ‘smart skin’. Its use not only enhances the aircraft’s protection against jamming and its survivability, but also counters, to a great extent, the effects of low-observability [stealth] technology of enemy aircraft,” the developer explained back then.

Previously, KRET said that T-50 is going to have the most advanced stealth capabilities, leaving even the only combat-ready fifth-generation fighter, the US Air Force’s Lockheed F-22 Raptor, behind. “The T-50 is now ahead of not only all other fighters of the Russian Army, but also foreign models. For example, the visibility of the American fifth-generation F-22 fighter is 0.3-0.4 square meters,” the developer stressed.

The Sukhoi PAK FA’s visibility stands at between 0.1 and 1 square meters, KRET added.

Such high level of stealth was achieved by moving all weaponry s the inside of the jet and redesigning the shape of the air intake channel, which was also lined with a material that absorbs radio waves.

According to KRET, T-50 is the first jet fighter in the Russian Air Force to be “made from a high proportion of composite materials, making up 25 percent of the mass of the aircraft and covering 70 percent of its surface.”

Five T-50 jets have already been produced and three more are now under construction at the Sukhoi facilities in Komsomolsk-on-Amur in the Russian Far East, Vladislav Goncharenko, deputy director of the United Aircraft Corporation’s (UAC’s) combat aircraft department, said in December.

The Russian Air Force plans to purchase 55 T-50 fighter jets between 2016 and 2020, Goncharenko said in December.