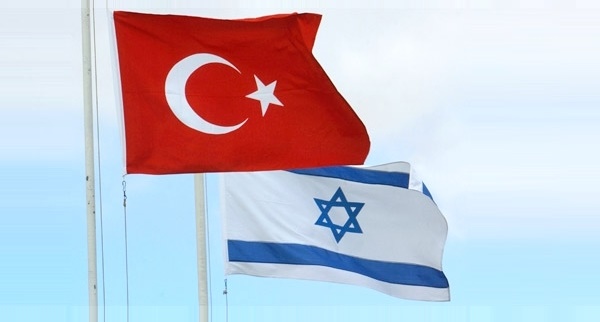 JERUSALEM — Israeli and Turkish officials have reached a preliminary understanding to normalize relations, including the return of ambassadors to both countries, an Israeli official confirmed on Thursday.

The deal was reached during meeting in Switzerland during a meeting between the incoming head of Israel’s Mossad intelligence agency, Yossi Cohen, Israeli envoy Joseph Ciechanover and at the Turkish foreign ministry under secretary Feridun Sinirlioglu, the official said, speaking to Haaretz on condition of anonymity.

Although there is no official and immediate comment from Turkey or Israel, but Israeli media reports confirm the meeting including a number of steps planned to normalize relations.

Relations between the two countries broke down in 2010 after an Israeli naval raid on a Gaza-bound flotilla that killed eight Turkish citizens and one Turkish-American. After the incident, Turkey became one of the strongest critics of Israeli actions in Gaza. Israel apologized to Turkey for the deaths and agreed to compensate the victims’ families under a U.S.-brokered arrangement in 2013. But efforts to restore ties faltered amid new Israeli action in Gaza.

The Israeli official, who wasn’t authorized to speak to the media about the diplomatic talks, said the sides agreed that Israel would compensate the families of the flotilla victims.

Turkey would waive legal claims against Israel over the raid and that the countries would upgrade diplomatic ties by returning ambassadors, official claimed. A leader of the Islamic militant group Hamas said to be based in Turkey will be banned from operating from the country.

The agreement follows five years of diplomatic contacts that began following the flotilla incident. “The agreement has still not been given a final signature and we still have to work on some details, but the crisis is on the way to being resolved,” the senior Israeli official said.

The official also said talks to lay down a natural gas pipeline from Israel to Turkey would begin soon.

The reconciliation agreement came just days after Turkey’s President signaled a possible warming of relations with Israel,s saying that such a move “would be good for us, Israel, Palestine and the entire region.” Israeli Foreign Ministry, responding to Erdogan’s remarks, said that “Israel has always strived for stable relations with Turkey and is constantly examining ways to achieve that goal.”

The senior Israeli official noted that the agreement between the two countries includes the following:

Reporting based on Haaretz, JP, TZ, Reuters, Times of Israel