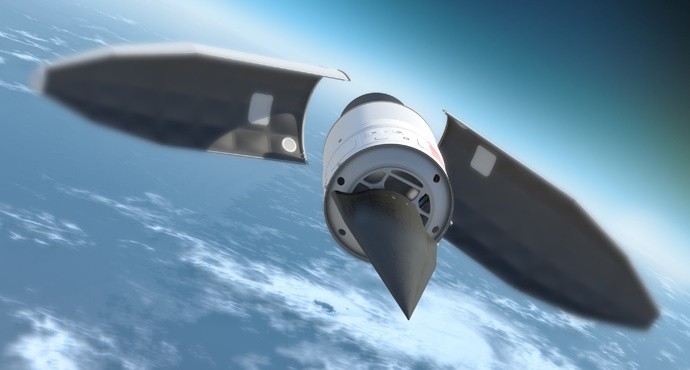 The ultra-fast maneuvering strike weapon known as the DF-ZF hypersonic glide vehicle was launched atop a ballistic missile fired from the Wuzhai missile test center in central China’s Shanxi Province, according to defense officials.

The vehicle separated from its launcher near the edge of the atmosphere and then glided to an impact range several thousand miles away in western China, said officials familiar with details of the test.

“The DF-ZF is an ultra-high-speed missile allegedly capable of penetrating US air defense systems based on interceptor missiles,” Bill Gertz of The Washington Free Beacon wrote.

“The DF-ZF flight was tracked by US intelligence agencies and flew at speeds beyond Mach 5, or five times the speed of sound,” Gertz noted.

The DF-ZF HGV warhead is carried to the boundary between space and Earth’s atmosphere, roughly 100 km above the ground, by a ballistic missile booster.

“Once it reaches that height, it begins to glide in a relatively flat trajectory by executing a pull-up maneuver and accelerates to speeds of up to Mach 10.” The DF-ZF HGV warhead is carried to the boundary between space and Earth’s atmosphere, roughly 100 km above the ground, by a ballistic missile booster.

A sixth test of China’s hypersonic manoeuvring strike vehicle, the DF-ZF (previously designated the WU-14), took place on 23 November, according to US officials.

China had signalled that this test was imminent on 18 November when it issued a notice to airmen (NOTAM) covering the same areas as its fifth test on 19 August 2015.

US officials said the latest test achieved a speed of “beyond Mach 5″ and was called a “success”, according to a 25 November 2015 report in the Washington Free Beacon .

As with previous tests, this one was launched from the Taiyuan Satellite Launch Centre in Shanxi Province, where China’s People’s Liberation Army (PLA) tests most of its long-range missiles.

The high rate of testing for the glide vehicle is an indication China has placed a high priority on the weapon program and that it is making rapid progress.