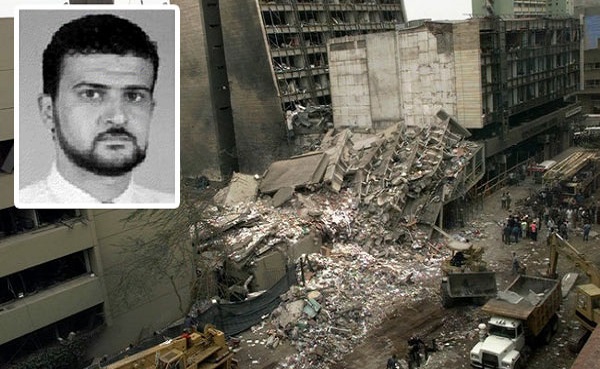 A Libyan accused over the 1998 Al-Qaeda bombings of US embassies in Africa died on Friday, days before he was to stand trial in New York, his lawyer said.

Abu Anas al-Libi, 50, was on the FBI’s most-wanted list with a $5 million price on his head when he was captured by US troops in the Libyan capital Tripoli in October 2013.

The computer expert, also known as Nazih Abdul-Hamed al-Ruqai, was scheduled to go on trial in New York on January 12 to face a charge of conspiracy to commit murder.

He was indicted by a US court in 2000 for taking part in the Al-Qaeda-led bombings of US embassies in Kenya and Tanzania in 1998, which killed 224 people and wounded more than 5,000.

Libi, died at a hospital in the New York area on Friday, his lawyer Bernard Kleinman said, the health of his client — who had advanced liver cancer — had deteriorated significantly in the last month.

“I accuse the American government of kidnapping, mistreating, and killing an innocent man. He did nothing,” Abullah said.