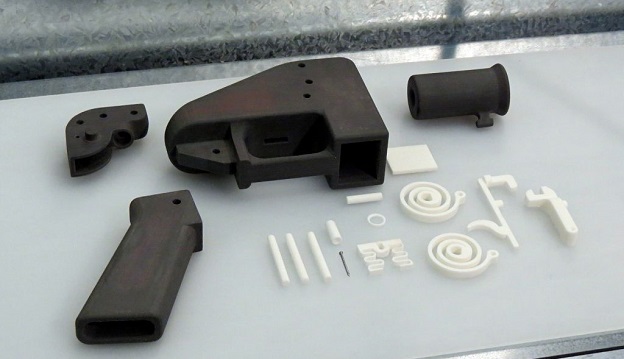 Paris, France — 3D printing will revolutionize war and foreign policy, say experts, not only by making possible incredible new designs but by turning the defense industry — and possibly the entire global economy — on its head.

For many, 3D printing still looks like a gimmick, used for printing useless plastic figurines and not much else.

But with key patents running out this year, new printers that use metal, wood and fabric are set to become much more widely available — putting the engineering world on the cusp of major historical change.

The billion-dollar defense industry is at the bleeding edge of this innovation, with the US military already investing heavily in efforts to print uniforms, synthetic skin to treat battlewounds, and even food, said Alex Chausovsky, an analyst at IHS Technology.

Scientists at the Massachusetts Institute of Technology have already invented “4D printing” — creating materials that change when they come into contact with elements such as water.

One day, that could mean things like printed uniforms that change colour depending on their environment.

The company recently put out an animated video showing where they think such humble beginnings could one day lead.

It imagined a plane printing another plane inside itself and then launching it from its undercarriage. But the real revolution of 3D printing is less about the things you can make and more about where you make them.

Being able to take printers to a warzone promises a radical shake-up of combat and the defense industry, says Peter W Singer, an expert in future warfare at the New America Foundation.

“Defense contractors want to sell you an item but also want to own the supply chain for 50 years,” he said.

“But now you’ll have soldiers in an austere outpost in somewhere like Afghanistan who can pull down the software for a spare part, tweak the design and print it out.”

This could lead militaries to cut out private defense companies altogether. And by combining 3D printing with assembly line robotics, those that remain will be enormously streamlined.

“The Pentagon and defense industry have an incredibly tough time with innovation, but you don’t want to wait to lose a major battle before you do it,” says Singer.

3D printing could even change foreign policy, for instance by undermining sanctions.

“The US has sanctioned everything from fighter jet spare parts to oil equipment. 3D printing could turn sanctions — which have been a crucial part of foreign policy for a generation or more — into an antiquated notion,” says Singer.

Then there are the scarier prospects that come with reducing the barriers to arms manufacturing.

“Think of master bombmakers in the Middle East making new designs that look like everyday products or a lone wolf operator printing a plastic gun he can get past security at the White House,” says Chausovsky.

But all of that may pale in comparison to the security risks that 3D printing could trigger by revolutionizing economies.

The Japan Times/The Times of Israel